MANHATTAN SHORT 2019 taking place in over 400 venues across six continents between September 26th and October 6, 2019. MANHATTAN SHORT is the only event of its kind. The Final Ten are screened simultaneously across the world during a one-week period, with the Best Film and Best Actor awards determined by ballots cast by the audiences in each participating venue. By virtue of their selection by MANHATTAN SHORT, each short film is automatically Oscar-qualified.

The Final Ten MANHATTAN SHORT finalists hail from seven countries with films from France, Iran, Canada, Germany, and Finland alongside two films from USA and a record three from the United Kingdom. These Final ten films represent the best short films among 1250 submissions from 70 countries received by MANHATTAN SHORT for 2019, testimony to the enduring vibrancy and creativity of short films worldwide.

MANHATTAN SHORT continues to be a premier showcase for female directors with five of the Final Ten films directed by woman, including ine from Iran. This year's Final Ten represent an extraordinary range of film genres that includes intimate dramas, spine-tingling suspense, and hilarious comedies, as well as genre surprises like a pair of science fiction films and one that focuses on tennis. "A narrative short film on sports is as rare as a centaur sighting," notes Pia Andell, director of the The Match.

You Be the Judge!
Which of these ten short films is best? That's up to a worldwide audience to decide. Cinema-goers across the United States and around the globe will become instant film critics as they are handed a ballot upon entry that allows them to vote for the Best Film and Best Actor. MANHATTAN SHORT is the ultimate audience award that salutes the creative talents of both directors behind the camera and actors in front of it.

The festival is supported by the Embassy of USA in Latvia 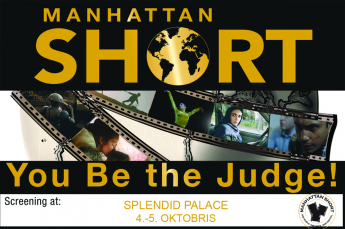 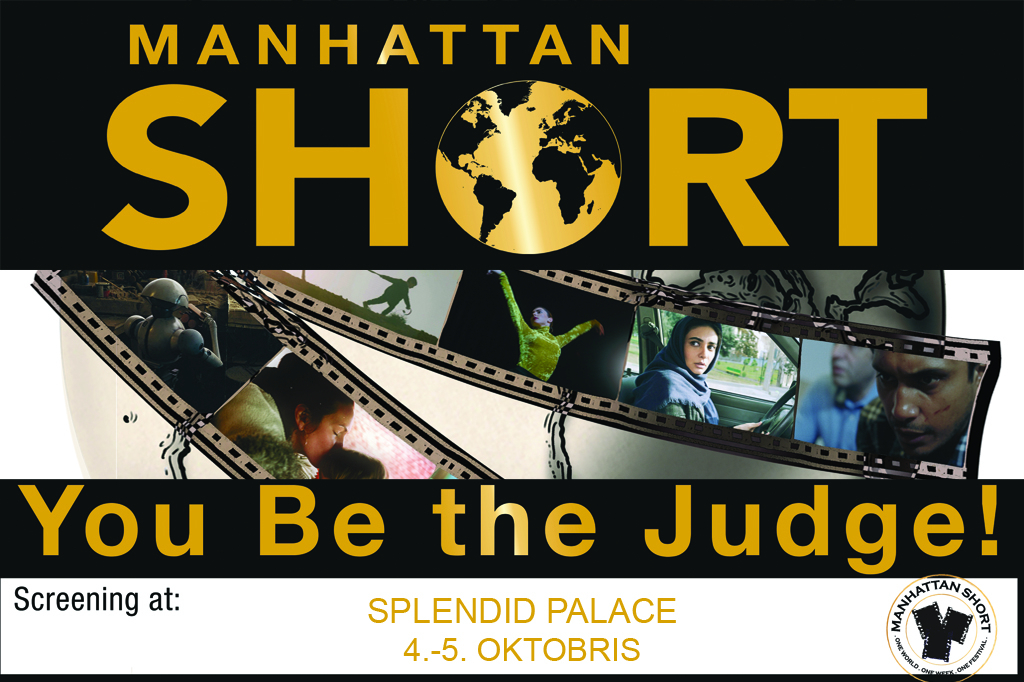