The ALMA Gallery at Padure ManorFrom 15th till 30rd of November in Padure manor You can submerge in contemporary art exhibition by ALMA gallery.

Participants of exhibition: Ēriks Apaļais, Andris Breže, Ivars Drulle, Kristiāna Dimitere, Krista un Reinis Dzudzilo, Vika Eksta, Kristians Fukss, Barbara Gaile, Kristaps Ģelzis, Toms Harjo, Ernests Kļaviņš, Linards Kulless, MAREUNROL’S, Krišs Salmanis, Tīrkultūra, Zane Tuča
Walking down a road, you might start noticing the things that surround you. Walking down an unremarkable road, you pass all the useless things along the way. Why does the road seem unremarkable? Maybe because it does not appear to cause an immediately entertaining experience. As you walk on, you will inevitably start doing somersaults in your head. You do somersaults to get rid of all the nonessential things – the dregs settled within you. A tiny twig floats in water. Why does it seem so fascinating? It is self-sufficient. It has nothing to hide, not unlike a room that’s falling apart. The twig floating across the surface of a body of water is, of course, less self-sufficient than a room, paint on its walls doing somersaults and peeling away, cobwebs filling its every corner. It fears not its own devastation.
*** The Padure manor house was built in 1837 at the request of a Scottish lord and merchant John Lewis Balfour. The Balfours, a British merchant family, are closely related to former British Prime Minister Arthur James Balfour who signed the 2nd November 1917 declaration addressed to the Zionist leader and banker, Lord Baron Rothschild, expressing Great Brittain’s sympathy with Jewish Zionist aspirations to establish a national home for the Jewish people in Palestine (at the time part of the Ottoman Empire). John Balfour wasn’t a member of the so-called “spiritual aristocracy” which Latvia certainly had plenty of. He was a genuine aristocratic snob. Paradoxically, this unique corner of the world became his life’s calling. Balfour was buried in Riga; however, several generations of his descendants lie in Padure, the cemetery not too far from the manor. It is a manor building as if in the middle of nowhere, still unscarred by time. Among a myriad of Latvian manors pompously renovated or pretentiously historicized, this 19th-century classicism building stands out with its reverence for the historical layers accrued over time as its owners and surrounding political, social and economic systems came and went. In between the brutal additions of the Soviet era, lurk unique ornaments, Empiric stoves and modest detailing which all combine to create a vision of a time gone by. This is precisely why it is such a great place for a contemporary exhibition. The Padure manor and park will be immersed in contemporary art during the exhibition while the history, palpable in its rooms, will be in immediate dialogue with the artwork. The exhibition consists of entirely new installations and objects created specifically for this event as well as works carefully selected from exhibitions held by the ALMA gallery in the last 15 or so years. Just as we are rightfully re-exploring the meaning of museums, their institutional significance and their role in current cultural processes, we should also ask ourselves: “How should manors be used today?” Should they serve as places of entertainment and leisure for well-off families or as private properties for today’s lords to exhibit their wealth? It is also possible that a manor can be turned into an open space for creative expression, as this place has shown.
*** Padure Manor, filled with contemporary art, is transformed from a place where no time exists into a vessel where the most powerful artworks created in this current century can exist without limits and be experienced by the spectator. Andris Breže’s commentary on life in this 19th-century manor is romantic yet direct. Beethoven’s historical ties to Courland has served as an impulse for creating his new piece. Some works, however, abstain from contemplating history directly. Barbara Gaile texture-satiated paintings are both organically in harmony with the location and move the viewer with its substance thickly layered onto the flat surface of the canvas. The walls of the manor, just like Gaile’s canvases, are living and breathing entities changed and even deformed by time thus obtaining ever more character. Every work in this exhibit indirectly, metaphorically or entirely directly becomes a part of the manor. The video created by Sarmīte Māliņa and Kristaps Kalns for the “Right Now” exhibition depicts a ladybug desperately struggling for its life and getting back on its feet. This piece, entertaining and slightly sentimental at first glance, placed in the almost barbarically vandalized bedroom of the lady of the manor is subtly inviting the viewer to consider the challenges imposed on its inhabitants by the era and the everyday needs, hence rendering the tiny bug monumental. Ivars Drulle’s works from “To My Homeland” document the present – light boxes illuminate rows of diapositives that can be viewed through a lens. The images depict signature landmarks of Latvian rural landscapes – abandoned and desolate houses.
*** Going back to the question “Why hold the exhibition here specifically?”, the inevitable conclusion must be that it is almost impossible to say why. The subjective sensation when something strikes a chord in your heart is undefinable and exactly the impetus for this exhibition. It is what drove its creators at the ALMA Gallery to put it together. It was not the desire to stand out by finding an adequate platform to exhibit trendy artwork in a fashionably calculated way, but rather an intent to create an exhibition where artists and curators would breathe art into a space showing due respect and care for it. Apparently, on his deathbed, William Blake said: “I am going to that country which I have all my life wished to see.” For some reason, I find the quote fitting for this place, these works of art, the overall composition of the exhibition, and everything that surrounds them. On art, Blake’s opinion was that it “can never exist without naked beauty displayed.” At Padure Manor, this naked beauty is the place itself, adorned by units of art equally powerful and, dare I say, beautiful. 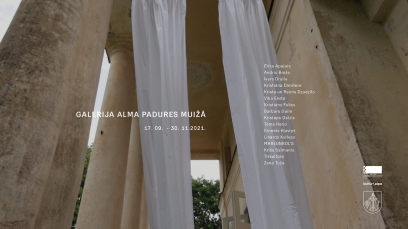 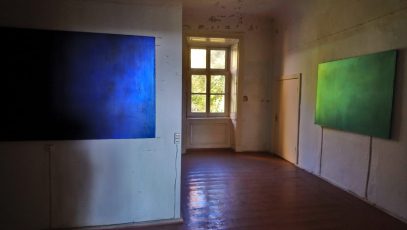 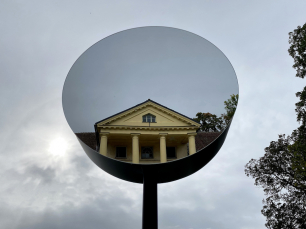 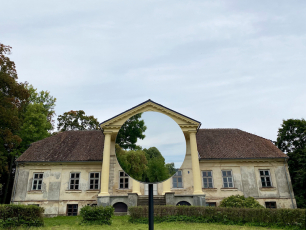 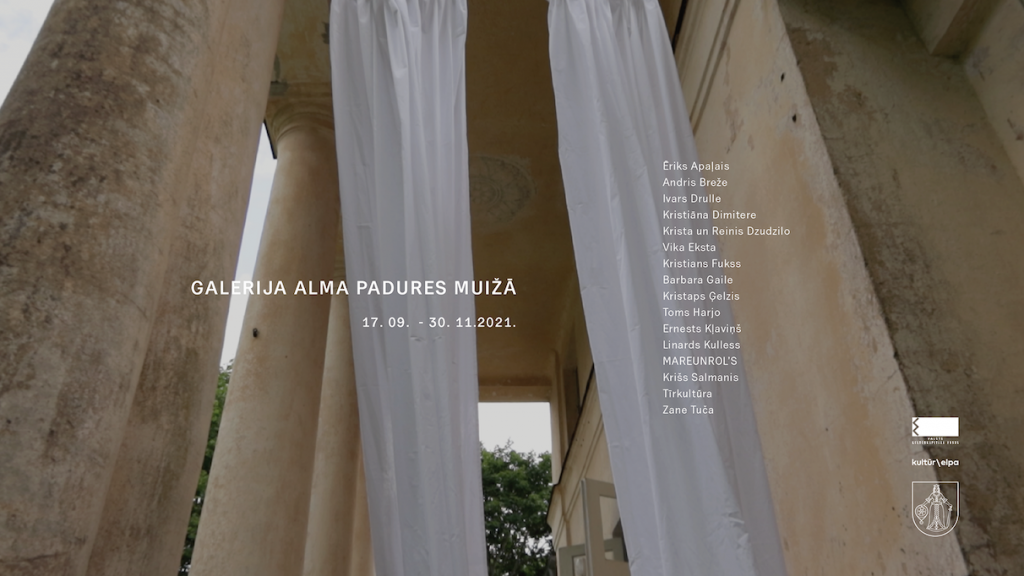 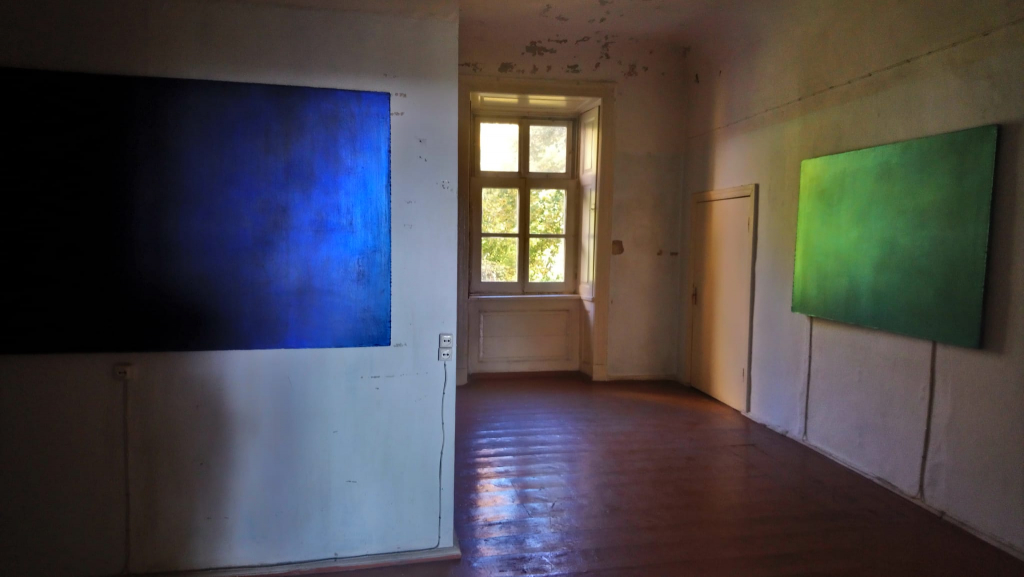 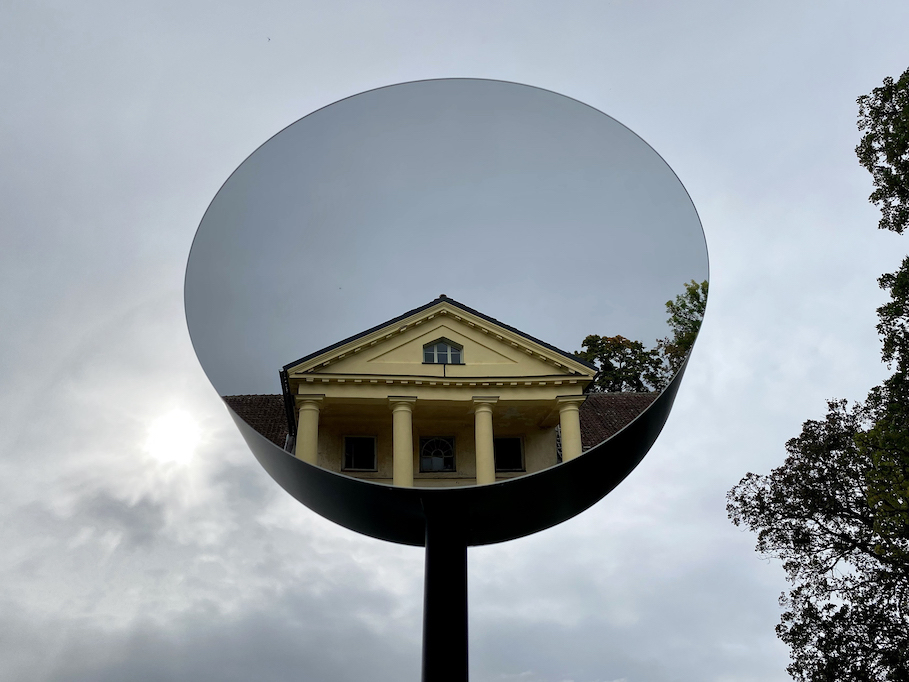 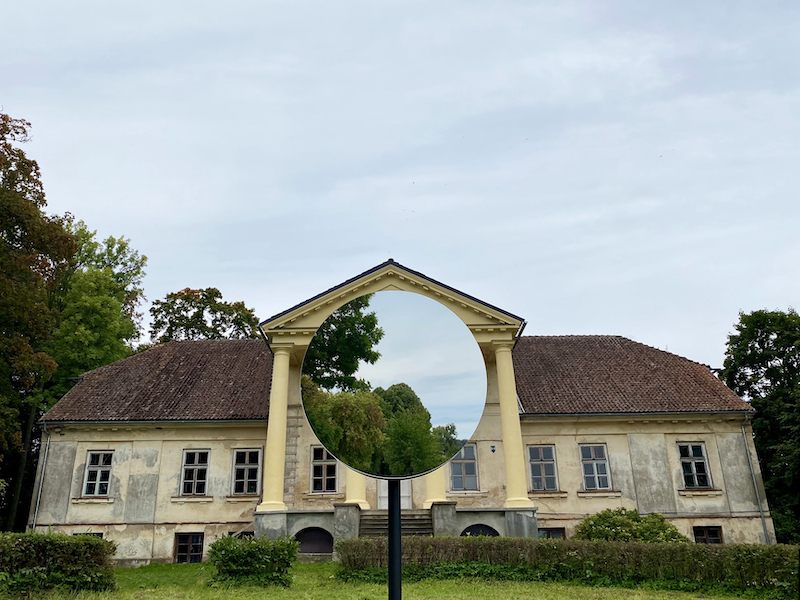 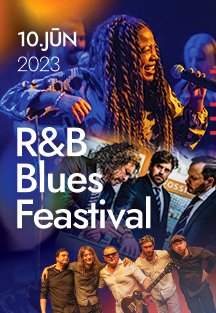